Skip to content
The Freebuds 4i come in a glossy, pebble-shaped case (Huawei) Whatever struggles Huawei may be...

Whatever struggles Huawei may be experiencing with its phone business, the rest of its portfolio is staying strong.

The Chinese tech giant has far more strings to its bow than just smartphones and a case in point is the audio offering.

The Freebuds have usually come across as a fairly standard AirPods imitation for Android. But the wireless earbuds industry has taken off like a rocket (which is what happens when you remove the headphone jack) and Huawei is now keeping step with the best.

To that end, the latest incarnation are the Freebuds 4i which feature a better fit, noise cancellation, longer battery life and better audio at a good price.

The headphones come in a rounded, pebble-like charging case (the source of my main gripe – more on that later) and charge via USB-C. 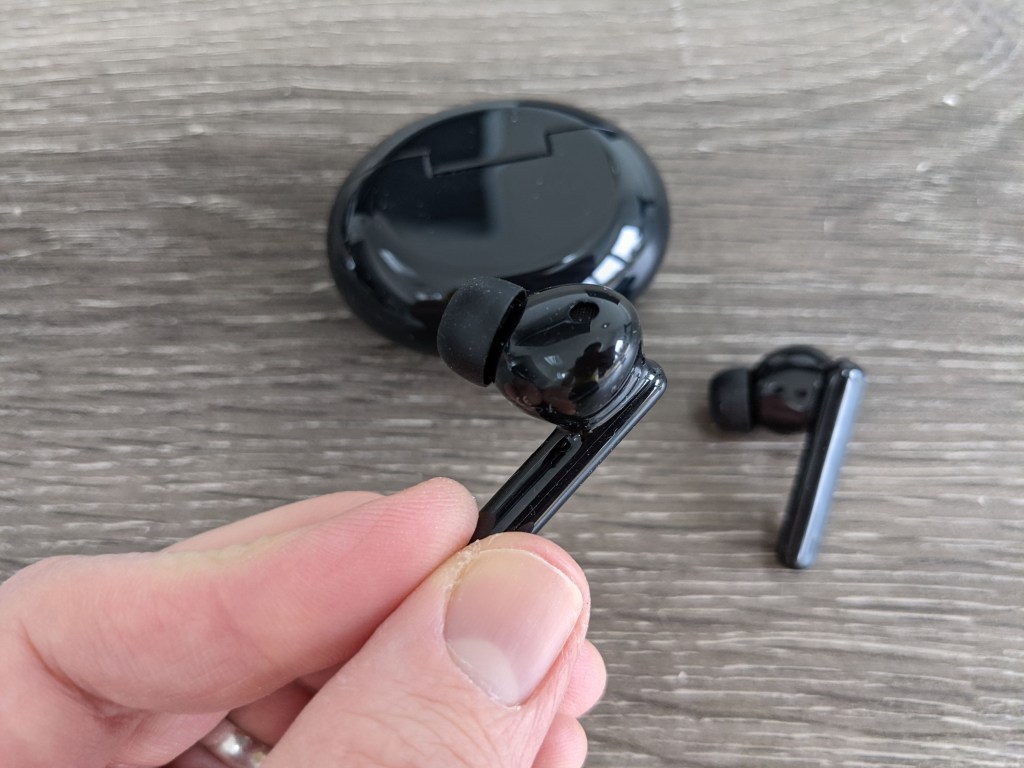 There’s a small button on the right hand side that lets you pair with a phone, after which they’ll connect automatically.

First and foremost, though, headphones are about sound quality. The Freebuds 4i utilise a 10mm dynamic driver and polymer diaphragm in each bud which, the company says, improves dynamic responsiveness to better reproduce audio details. That said, these have been tuned by engineers to specifically favour pop music.

I found them to pick up the treble and vocals and give them more distinction than bass tones and low-end frequencies. It’s fair to say they’re more geared towards BTS fans than ZZ Top fans. They didn’t distort when I cranked the volume up and they were also able to give a rounded-out sound and avoid the tinniness that sometimes comes from bad wireless headphones.

The main benefits are the addition of silicone tips to give them a tighter fit and better seal in your ear and, more importantly, active noise cancellation (ANC). This means mics on the Freebuds 4i pick up environmental noise and generate inverted soundwaves to cancel them out.

ANC leads to a more immersive listening experience and is becoming more popular as manufacturers work out how to include it. You can toggle Huawei’s ‘Awareness Mode’ which bypasses the ANC and allows you to hear things above the music – like oncoming traffic, for example.

Battery life does take a bit of a hit with ANC turned on. With it off, you get around 10 hours of music playback before they need to be returned to the case to charge. The case brings that up to 22 hours of playback for music or 14 for voice calling. A handy trick is the fast-charging capacity which juices the Freebuds 4i up ready for 4 hours of listening with just 10 minutes in the case.

In my testing, with ANC turned on, I managed a full working day of playback – around 8 hours – before needing to charge up again. Which isn’t bad, all things considered.

When it comes to the case, Huawei has gone for a more rounded housing with a flat back that lets it lie securely on a surface and not slide around. However, the company has gone with a silky smooth gloss finish that looks nice – but makes the case difficult to grip and almost impossible to open one-handed. 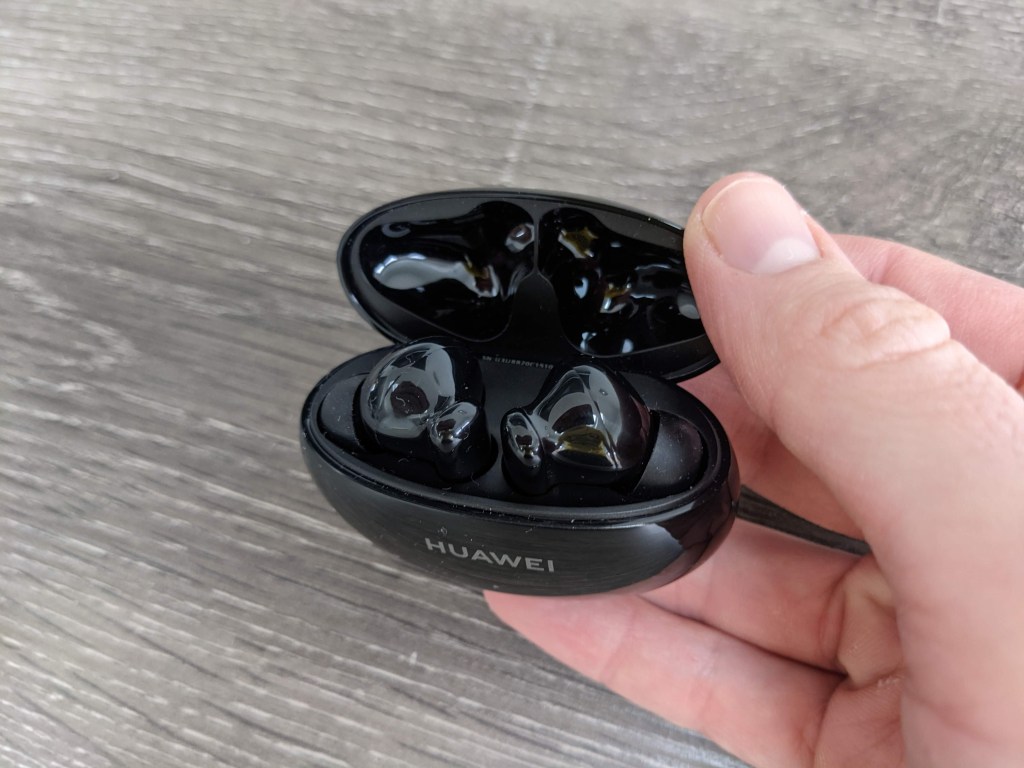 The glossiness extends to the earbuds themselves (available in a choice of black, white or red) and also makes them tricky to handle. It’s incredibly fiddly getting them out of the case and I routinely found my fingertips slipping off the glossy coating.

Another drawback to the Freebuds 4i is that the case isn’t capable of wireless charging. This feature is offered by the likes of the AirPods and Google Pixel Buds so it feels like a missed opportunity here.

Finally, these aren’t certified water resistant like some other sports-centered wireless buds. I took them out in the rain for a test and they still worked fine for me, but I can understand why the lack of an official IPX rating may be a put-off for some. 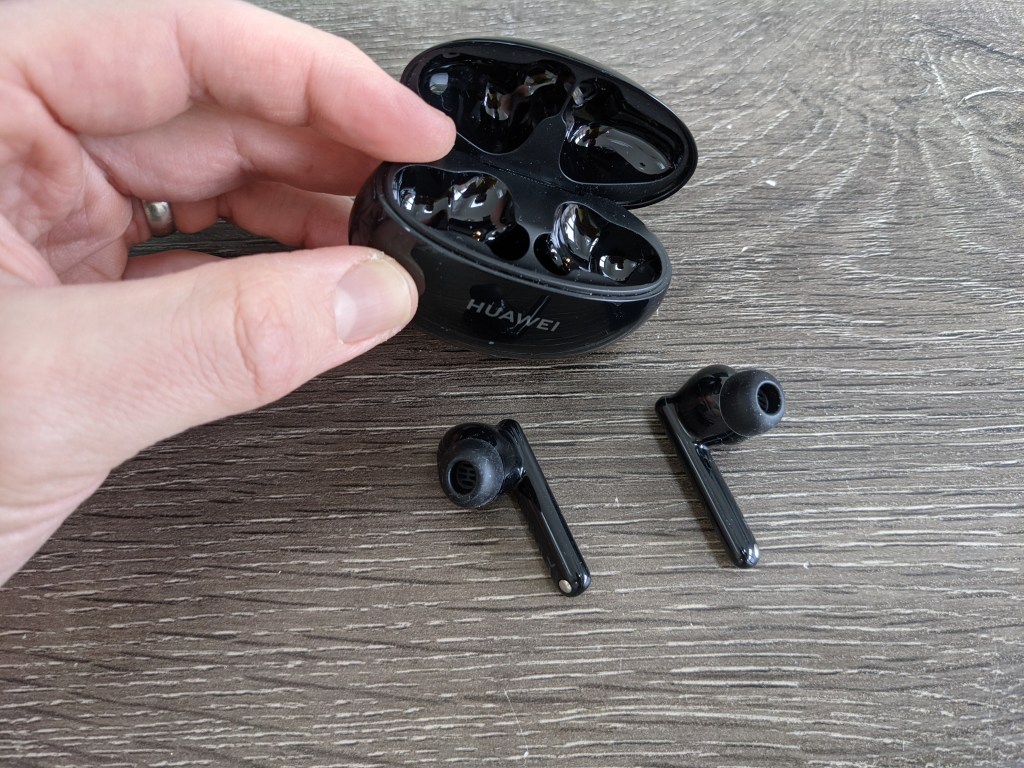 These are a good pair of headphones thanks to the noise cancellation and the battery. And, what makes it even better is the price.

Huawei is selling the Freebuds 4i for £80 (and offering a free fitness tracker as an incentive at the moment) which is great value. The AirPods Pro, which are Apple’s ANC in-ear buds come in at £249.

So, if you want a pair of wireless earbuds and budget is your number one priority, make the Freebuds 4i a consideration.

However, I do feel there are better options out there depending on your use case. If you’re an iPhone user, stick with AirPods (£159, amazon.co.uk) and if you’re into outdoor workouts, perhaps try the Jabra Elite Active 75t (£179, amazon.co.uk) instead.

These are step in the right direction for Huawei and the value proposition is extremely high, but the truth remains there are better wireless earbuds out there right now.

This article contains affiliate links. We may earn a small commission on purchases made through one of these links but this never influences our experts’ opinions. Products are tested and reviewed independently of commercial initiatives.